This is my personal Hackintosh repo. The main branch is now for BigSur only and will likely not work in near future. If you still want to use Catalina go to its branch. OpenCanopy bootscreen is enabled and I am using the modern iconset 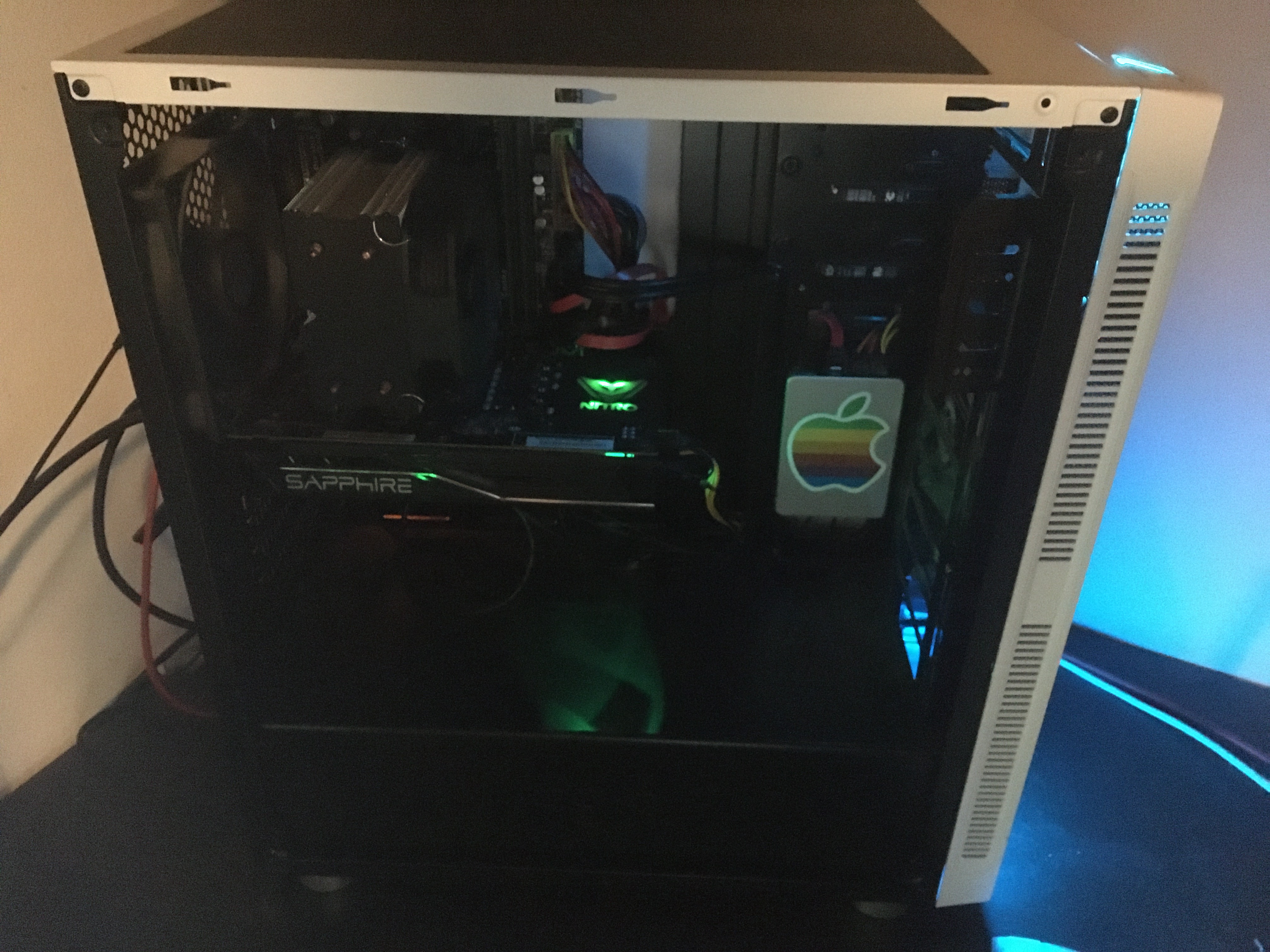 My setup does not require many kexts. I built all from source using Lilu-and-Friends. Masive thanks to @corpnewt, you are the boss! 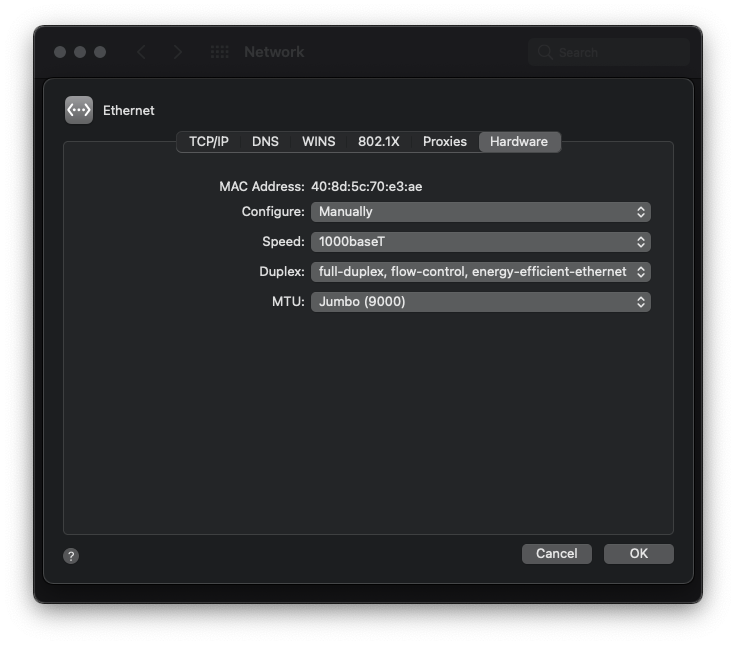 So the SSDTs I am using are not “needed” per se but they help my machine run as natively as possible the explanation to what they are is as follows:

This is the dummy EC for macos to attach to. Mine is very simple because the PNP0C09 device on this board already has _STA method, which means that as long OC and MacOS is concerned, it has no EC it would conflict with – which is awesome! (This little board surprised me on so many levels)

Another basic one. This enables charging trough USB on Skylake or newer boards (usually combined to one with SSDT-EC but I like them separate)

This enables MacOS to attach to the first CPU core to properly powermanage your CPU.

This one is interesting as this extends the SMBUS funcionality on your hack. SMBUS is very importaint for many reasons which the Dortania guide to ACPI explains much better than I ever could.

This is one part of the IRQ patches that were part of Clover. With OC it is harder than just clicking a box but SSDTtime by, once again CorpNewt, can do it for you. There is second part to it and that is the ACPI patches for OC – SSDTtime generates them for you too. In my case those are patches 0 – 2 in the ACPI -> Patch section of the config.

Strictly speaking, these comonents do not need USB mapping. You do not get over the arbitrary limit imposed by MacOS. But there are some advantages, like marking the port bluetooth hub is connected to as internal and making sure your usb 3 runs on the maximum speed.

I used Hackintool to generate custom injector kext. This just seemed to work much better for me. 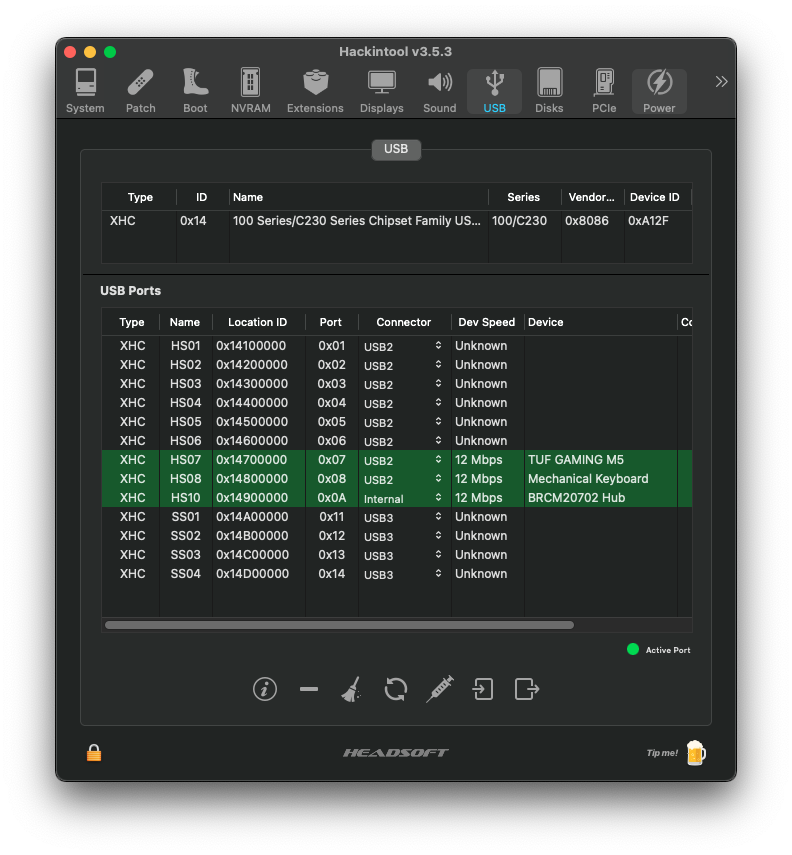 So one of the coolest features to OpenCore in my opinion is the ability to switch OS using native methods such as Bootcamp.

I however found problem for people that use second HDD on their Windows. Since Bootcamp was never meant to be run with multiple drives, the setup just sets attributes of every other disk to Hidden. Instructuions on how to fix it can be found here 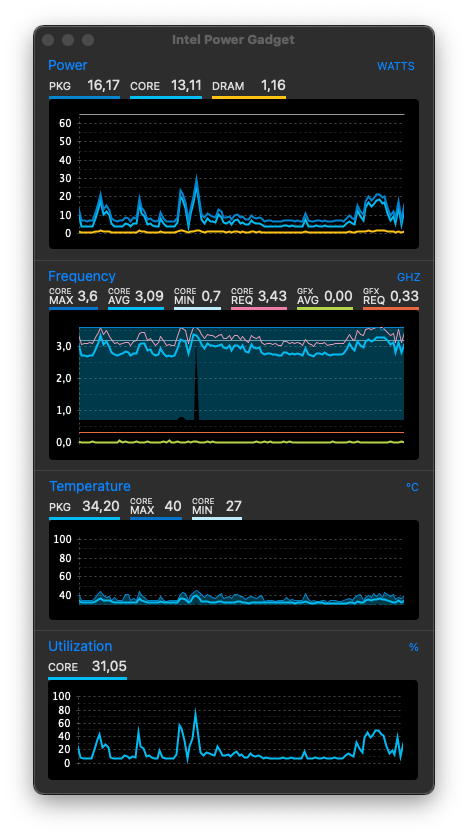 This board does not have the abilitty to disable cfg-lock from bios – meaning it has to be done manually by finding the offset and applying it through the modified grub shell. The process can be found here.

Closest comparable iMac is iMac 17.1. So that is the SMBIOS we choose. For the platform info we use GenSMBIOS. For more info follow iDiot’s guide to iMessage

You can use Monitor control to acheve this. It is very easy to setup